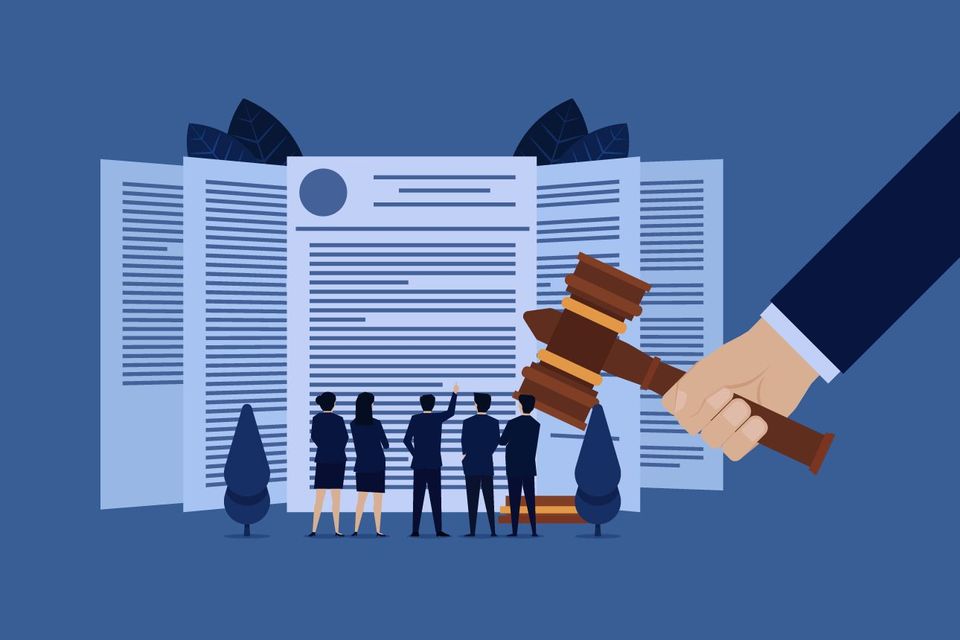 A few thoughts on today's crypto asset regulatory environment and where things will likely propel towards.

About a week or so ago, there was a pretty interesting Twitter thread that caught our eyes. This will be a bit of a detour from what we usually share, but we feel it's important to expand upon and break down the looming regulatory environment posing the crypto asset space.

Michael, a clear Bitcoin proponent on Twitter outlined a few ideas recently that many of us have been dwelling on but never really articulated congruently. For the sake of cohesiveness, we're going to take the high points and break it all down with our thoughts/input.

"The rhetoric from those that control the apparatus of power and influence in the US and EU has become increasingly hostile. This signifies new territory in Bitcoins adoption cycle. We are in the "then they fight you stage" and western nation states will be a formidable menace." - tweet

The first part of this is pretty true, we don't think anyone can disagree. With tensions boiling in Ukraine and Russia it's certainly a bit of a rollercoaster we're witnessing today. That said, as a whole through the US's excess spending and lack of attention to inflation and foreign policy - it's looking weaker by the day. Which opens the door wide open for savvy opponents to take advantage and challenge their throne as the dominant super power.

We will say however, the ending of this is pretty trite and just downright maximalist. People have been sending and sharing the "first they attack you, then you win" argument/meme for as long as we can remember in this space. It's nothing new and we don't expect an administration held together by stilts to change that.

"The trend is clear, governments are clamping down. Bitcoin exchanges, mining operations, and pools will face incoming regulatory pressure. ALL companies which have a physical presence in the West will face a new top down controlling regulatory landscape." - tweet

This is more reasonable, it's clear regulatory actions are growing and enforcement thereof in the west. With companies such as Coinbase and CoinShares going public and fetching obscene valuations, they're bringing the majority of this clarity about. We feel it's a bit of necessary evil in order to expand relevance to the largest money pot - boomers.

Without these entities doing what they're doing, it will remain a complete wild west. When you're talking about over $14B stolen through rugs/scams last year alone, it's a discussion that needs to be had.

"The hard truth is mega mining corporations will not only bend the knee to regulations, they will actively seek them out. This happens in every industry with economies of scale. Large players always create a regulatory moat to keep competition out." - tweet

It's pretty clear regulatory compliance can and often does stiffen innovation. History and time bring us repeated examples of this. This is nothing new, as a business you're around and operate towards maximizing profits and revenue. If you can cut large expenses by moving operations elsewhere, you're gonna do it.

That said, as you attain more capital your weight and power also grows in congruence.  Thus, you will be offered benefits/opportunities others do not have the fortunate pleasure of receiving and control the metaphorical chess board. Mining corporations get this and we hardly find this "new" to frankly anyone. They're going to try their best to become the Microsoft's/Google's of this nascent space.

"We should not underestimate how fast things can change in reaction to narrative driven crises. Heavy handed Bitcoin regulations will be presented as a reasonable solution. This will be particularly persuasive in the after math of a 'climate crisis' or 'cyber pandemic'." - tweet

CBDC's are potentially the largest catalyst for worldwide adoption. So many think that's a bad thing but if you want the booko dollars to flow in, there needs to be ways to onramp it. Imagine if the west came out with a CBDC that was redeemable and acceptable as currency everywhere next week.

What do you think that would do for Bitcoin? It would likely pump the shit out of it.

"Nation states with their corporate partners have effectively weaponized the transparency of the blockchain and are using it as a tool of financial surveillance and repression. Until we've exited fiat completely this is huge obstacle to its use as censorship resistant money." - tweet

The trend is digital. Darwinism is running its course more and more by the day.