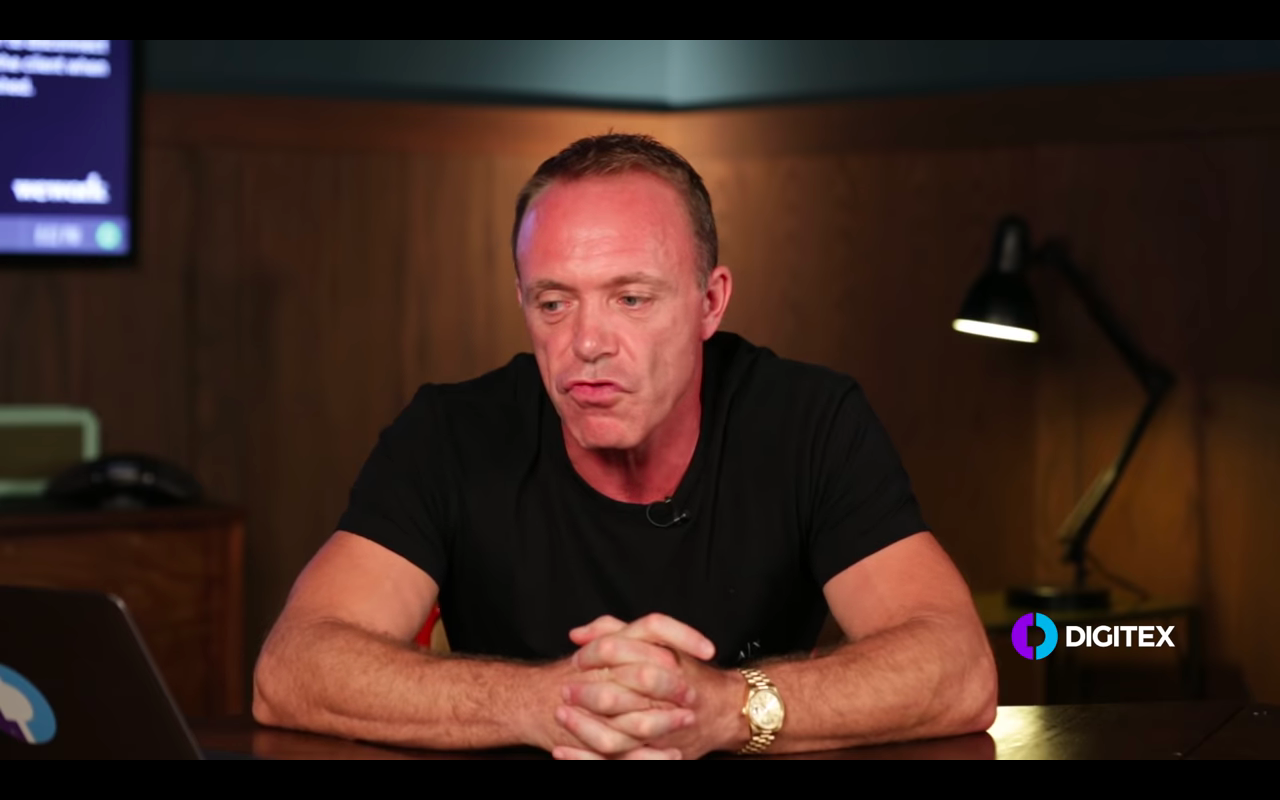 Having single handedly inflated the total supply of DGTX tokens by over 50% for his own personal gain and subsequently destroyed the bank balances of DGTX token holders, Adam Todd will begin his newest scam in the form of Blockster and the BXR token.

Not happy with having extracted as much value as he could out of gullible DGTX token holders, the newest scam in Adam Todd’s repertoire, the BXR token will go live on the mighty was trading Hotbit exchange on the 29th of September with ‘7 more exchanges to come’.

From viewing the current version of the Blockster token sale we can see that the ‘pre-sale allocation’ of 2 million tokens were sold out, presumably to create the impression that the sale was a huge success and went as planned.

However behind this apparent successful pre-sale is the actual hidden reality of the situation. The image below shows the original structure of the Blockster pre-sale, which was on the website and whitepaper previously before being removed.

What we can deduce from this image above is that Adam Todd and his cronies believed they could sell a total of 10 million tokens for a total of $18.75 million in 6 different phases of the token sale.

However the sad reality of the situation was that only 238,118 tokens ended up being sold and any mention of the frankly embarrassingly poor initial coin offering was stripped from the Blockster website, to hide the failed sale.

You can find and verify the number of tokens sold via the contract address of the token sale here.

You will note above that 1,761,882 tokens remain in the token sale, and only 2 million tokens were ever transferred to the sale as Todd and his team realised that even token sale phase 1 at its cheapest price was an outright failure.

By removing all trace of it and pretending that the token sale was a huge success (stating that 2 million tokens were sold when the truth is that of the 10 million tokens they attempted to sell, 1.76 million remain in the contract sale wallet and 8 million were never transferred to the sale due to the complete lack of interest) they hope to fool a new set of gullible token holders into believing this is the new moon token which will make them rich.

Notice also how any unsold tokens were supposed to be burnt, this has also been erased from the website as Adam realised he could just keep the tokens to himself and dump them later.

Question: Does the above information and the slow removal of information from the website and whitepaper as if it never happened provide assurance that the team is acting in good faith?

In addition to the above there are further strategies that Adam Todd and his Blockster team have played in order to manipulate people’s perception of the interest in Blockster, making it appear as if there is huge interest in the BXR token

The exchange’s most recently launched market, a USDC denominated BTC/USD futures market showcases a spread of $40, and a total liquidity on the entire order book of $16,852 (3830 contracts on the book multipled by a contract value of 4.4 USDC). It is clear nobody is trading on the exchange, and even if anybody was the market is completely un-tradeable in this state.

2. IEO hype. One of the things that the Blockster team stated was that they were going to have IEO (Initial Exchange Offering) on an established platform after their presale. This seems to have been stricken off the record (much like the failed token sale they did themselves) presumably because no serious exchange would be happy giving Adam Todd the opportunity to scam their users. The likelihood is that Adam knew all too well that he had no chance of completing an IEO on a platform with actual users and simply did this to create ‘hype’ for their token. Unfortunately my telegram account was banned from the Blockster telegram group when I enquired about the promised IEO.

Other things Adam Todd has done in order to fund the marketing for his new scam endevour.

Suffocated the price of his other token, DGTX. On December 7th 2020, Digitex announced that the token supply of their DGTX token would be inflated over the subsequent 6 months, with the inflation rate being 59%, from a supply of 1 billion tokens to 1.59 billion tokens. These tokens were for Adam Todd to sell whenever he wanted. We can see below how the price of DGTX was pushed off a cliff after this news and the insider trading in the month preceding the announcement.

We can also see how the Uniswap ETH-DGTX pool has been drained in the same time period.

From $1.8 million worth of liquidity the day before the announcement, to $1.1 million on the day of the inflation announcement, to $240,474 today, Adam has well and truly milked the money tree and destroyed the bank balance of DGTX token holders.

With barely over 238,000 tokens sold and the Blockster website showing that 3 million tokens (3% of the supply, see first image in article) will be the initial circulating supply of the token, this means that Adam Todd and his team will be in control of 93% of the circulating supply (and 99% in control of the total supply of 100m tokens). This means that Adam can effectively wash trade pump his worthless token to whatever price he wants and then slowly dump the token on anybody gullible enough to bite on his honey trap.

I will leave a few questions below for you to ponder.

Do you want to invest in a token where one man or entity holds 99% of the supply as is the case with BXR?

Do you wish to invest in a token where one man, with an unfortunate history of destroying peoples lives holds the entire supply?

Do you wish to invest in a token where the CEO and founder has been proven to inflate and dump tokens on anybody ignorant enough to purchase them?

Do you wish to invest in a token which is a bonafide unregulated security token in multiple jurisdictions (not just the United States) based on the tokenomics?

For reference the original Blockster Whitepaper from May 2021, before it was edited to remove any mention of the attempt to sell 10 million tokens.